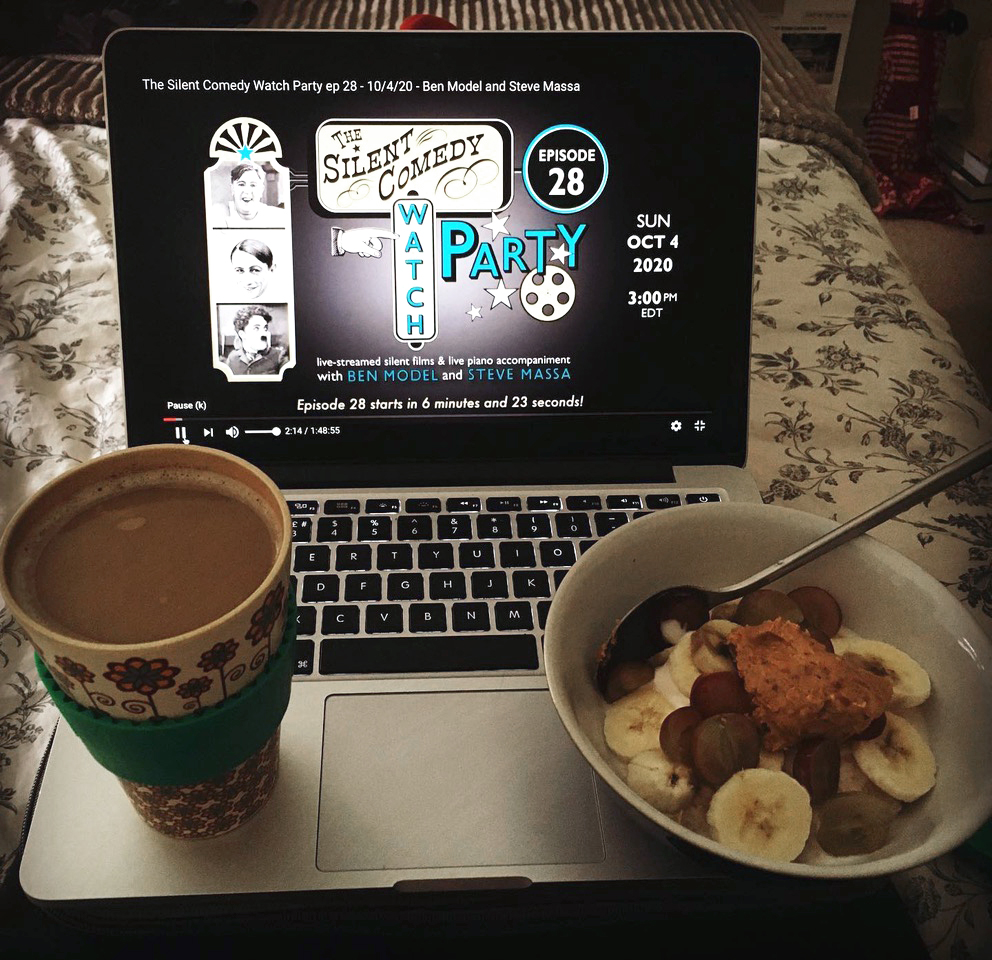 Who would have imagined that cinema exhibition would have gone almost exclusively online in a matter of months? This turn of events is, for archival film exhibition, a double-edged sword. On the one hand it has reduced the number of films being hired for screenings (affecting revenue for many archives and cinemas) and pushed audiences online, which has been an increasing concern for cinema attendance over the last few years. On the other hand, it has forced individuals and institutions working in archival film exhibition to radically change their approach to engaging with audiences in a way that potentially has a much broader reach, including with younger audiences (the demographic so needed to ensure the future of cinema history, especially early cinema).

Many exhibitors have managed to adapt to these challenging times. Film festivals, including Il Cinema Ritrovato (Bologna), and Le Giornate del Cinema Muto (Pordenone) launched online versions of their events with positive results. Going online has, by all accounts, been popular with new and existing audiences. Giornate, for instance, doubled its accreditation to over 2,000, with people attending from 37 different countries, including the Philippines, Singapore, and China. Other Archives and organisations that have put events online include George Eastman Museum, the British Film Institute, Orphan Films, and DOMITOR. Through becoming more accessible, these festivals and institutions have engaged new audiences with archival film, many of whom are now considering attending screenings and events in person as and when times allow.

Outside of archives and museums, one of the most prosperous endeavours of online silent film exhibition has been that of the Silent Comedy Watch Party, which will celebrate its one year anniversary, and 50th episode, on March 21st 2021. Produced and presented by silent film historian-accompanist-programmer Ben Model, and film historian and author Steve Massa, with support from their dedicated team of Ben’s wife Mana Allen, Steve’s wife Susan Selig, Crystal Kui, and Marlene Weisman (who have become as much a part of the show as Ben and Steve), they have been live streaming silent films on Youtube, with introductions, live musical accompaniments, and special guests, for nearly a year. As a regular virtual “attendee” since the second episode, it has proved fascinating to see how the show has evolved, becoming a worldwide hit, engaging both existing and new audiences, increasing online engagement with silent cinema, and for me at least, (as a film archivist and historian) expanding my early cinema knowledge and experience. 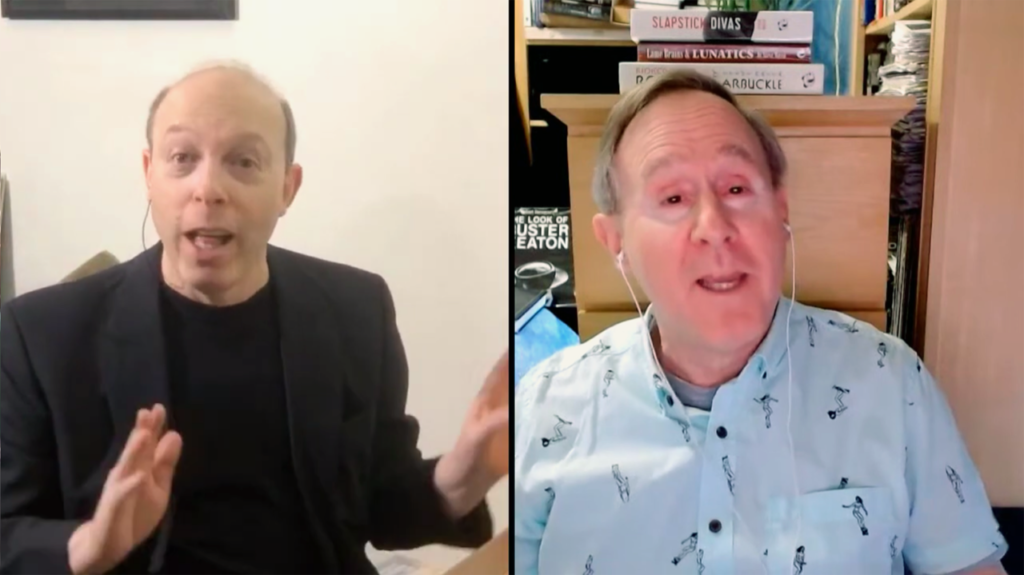 Ben Model had the idea for a live-streamed silent film show with live musical accompaniment a few years ago but was concerned about how home video streaming was affecting cinema attendance (audiences were moving online rapidly). Then, as he described to me recently, when COVID came along “[E]very show I had for the next few months got cancelled. That’s when the idea of a live-streamed live-accompanied show out of my living room popped back into my head. I realised that I had all the tech pieces I needed to pull this off”. So was born the Silent Comedy Watch Party (SCWP).

At the core of the SCWP’s accessibility is that it is available for free online via YouTube, making it available to anyone, anywhere in the world, who has internet. However, whilst Ben and Steve are not the only ones providing access to early cinema in this way, the real measure of their success is the way in which they are engaging with audiences through this format. Access is not just about physical access to the content, but the way in which the content is presented and the relationship that is developed with the audience. Ben and Steve are open, friendly, welcoming, and most importantly, they explain what they are talking about in language that everyone can understand; explaining terms such as ‘split-reel’ and ‘two reeler’, what nitrate decomposition is, and why and how prints come to be lost and found. They don’t assume their audience has prior knowledge of film history and archiving. This is essential to making cinema history accessible to everyone, and exciting the audiences of the future about it.
The proof of this success can be found in the range of peoples’ ages and global geographical locations (including the UK, Brazil, and Japan) that Ben often mentions at the start of the show. And I have seen it in my own circles; from me introducing my mum to the show, to my South West Silents colleague James Harrison’s son Jack (aged 6 years), who watches the show avidly every week.

Programming is another central part of audience engagement, and clearly a core part of the success of the SCWP. While silent comedy is known as the gateway to early cinema for new audiences, as it is lighter entertainment, it still needs careful programming, which Steve and Ben demonstrate, through showing one or two lesser known or in some cases completely unknown short films, before the main featurette which will usually be a popular title or star like a Chaplin, Keaton, or Lloyd; a method that is proving increasingly successful within archive film exhibition. Personally, I have enjoyed discovering some gems I never knew of before, including Alice Howell in Distilled Love (1920), Ernie “Sunshine Sammy” Morrison in Fire Fighters (1922), and Outbound (1924), a hilarious and unfathomable film! I am also a stickler for only watching films once, as there are so many films out there still to see that I feel like I am wasting my time when I could be watching something new. However, it has been a joy to re-watch a number of classic shorts including Chaplin’s The Rink (1916), and Keaton’s The Goat (1921), and see things I never spotted the first time around.

One of the great aspects of their programming is that they have the freedom of not relying on revenue to determine their film choices. They are not limited to showing films they know will pull in an audience. They have the choice to be more experimental. So they get to show some quite frankly bizarre shorts at times, and some that are not always brilliantly funny. But this is not the point. Even if a film isn’t that entertaining, they are still getting early and silent cinema out there to new audiences and showing them (as much as is possible) the full breadth of what survives. The post-screening discussion between Ben and Steve (and occasionally a guest speaker) always provides a fascinating insight into the production of the film, the people who made and starred in it (perhaps one of the most interesting parts), and wider early cinema history, which makes every film fascinating beyond its entertainment value. Their passion makes it all the more enthusing. 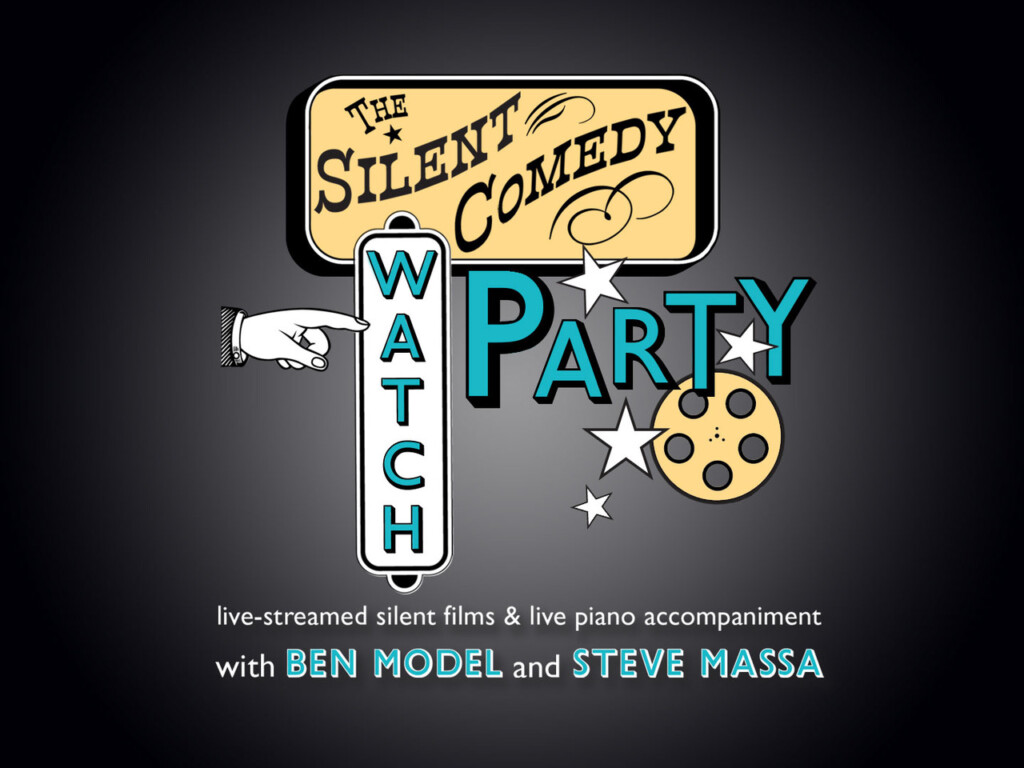 On top of this their approach to programming has proved essential to the development of my own early cinema knowledge and experience. They have filled in many gaps in my knowledge and made many links for me that have already proved essential to my work, both inside and outside of my main job. I managed to identify a film based on having seen the same character on the SCWP. Unfortunately, it was not a lost silent film, but it was still a link I would otherwise not have been able to make.

At some point the world will begin to return to normal, cinemas will open properly again, and audiences will return to them, (hopefully new audiences too). However, my hope (please Ben and Steve!) is that post-COVID, this kind of online exhibition of silent film can be maintained somewhat alongside actual cinema screenings (whilst not taking away from cinema attendance), as an introduction for new audiences (developing the historians and archivists of the future). The kind of work the SCWP does, alongside the work of archival institutions and festivals, is a key to securing the future of the history of cinema. It is a taster of what people can experience if they are willing to step through the doors of a cinema and encounter the magic of silent film on the big screen, with an audience, an in-formative and fun introduction, and of course the all-important live musical accompaniment!