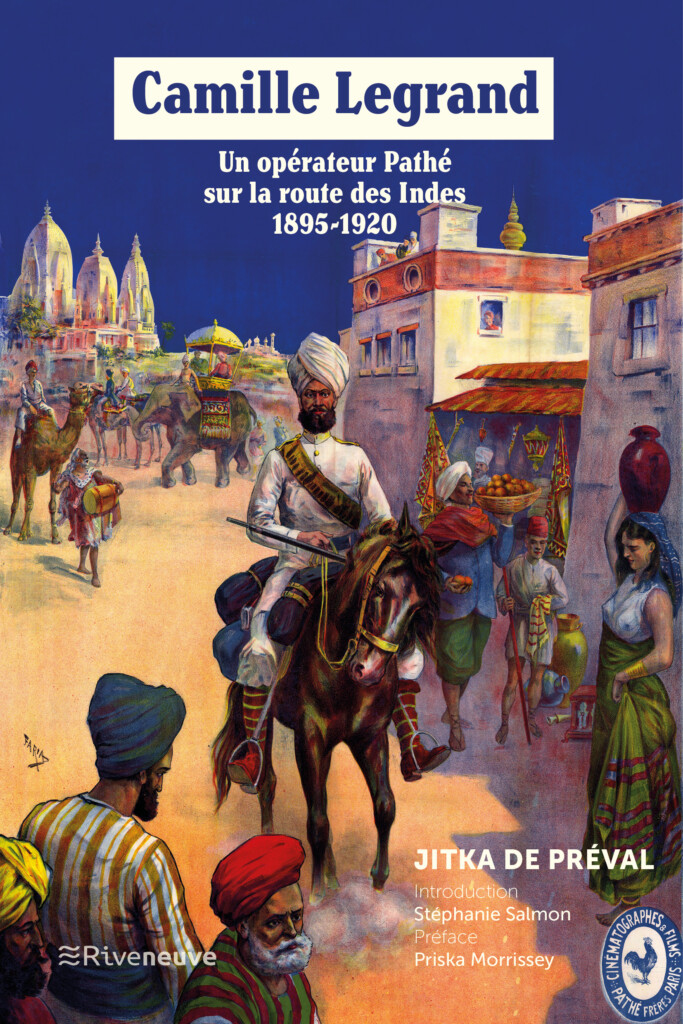 At the end of the 19th century, Charles Pathé’s company was in its infancy. But with the technological explosion and the European conquest of the world, the Compagnie générale des cinématographes, phonographes et pellicules – known as Pathé frères in the Far East – will become the first French multinational. There was a thirst for images from the farthest East in the West, but the cinematograph was also an immediate success with the populations of the Indian peninsula, Indochina, Singapore, China, Japan, Indonesia and Australia. Two destinies were sealed in 1895, that of an exceptional industrialist and that of a mechanic-adventurer: Camille Legrand. He was the first operator to go hunting for “picturesque” images in this geographical area on behalf of Pathé frères between 1905 and 1920. In India, he directed films made for the Madan Theatres company in Calcutta with a very big Indo-Iraqi star, Patience Cooper.

During his travels, camera in hand, we see the great events of the time: the coronations of Edward VII and George V in Delhi, the transfer of the capital from Calcutta to Delhi, the birth of the Indian nationalist movement, the construction of the first film empire in India, the Great War, French propaganda in the Far East, the creation of a nebulous network of Pathé branches and agencies in the Far East (Calcutta, Singapore, Melbourne, Sydney, Batavia, Saigon, Shanghai, Bombay), the creation of the first Bengali drama and other historical and cinematographic events.

The book, based on a rich archival work, reads like an adventure novel and brings to life one of the pioneers of cinema who contributed to making Pathé the most important film company in the world during the first decade of the 20th century.