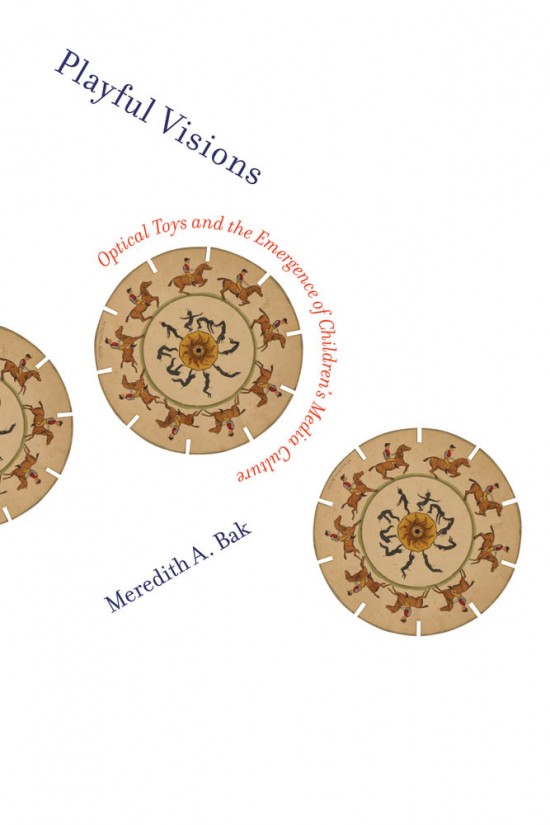 The kaleidoscope, the stereoscope, and other nineteenth-century optical toys analyzed as “new media” of their era, provoking anxieties similar to our own about children and screens.

In the nineteenth century, the kaleidoscope, the thaumatrope, the zoetrope, the stereoscope, and other optical toys were standard accessories of a middle-class childhood, used both at home and at school. In Playful Visions, Meredith Bak argues that the optical toys of the nineteenth century were the “new media” of their era, teaching children to be discerning consumers of media—and also provoking anxieties similar to contemporary worries about children’s screen time. Bak shows that optical toys—which produced visual effects ranging from a moving image to the illusion of depth—established and reinforced a new understanding of vision as an interpretive process. At the same time, the expansion of the middle class as well as education and labor reforms contributed to a new notion of childhood as a time of innocence and play. Modern media culture and the emergence of modern Western childhood are thus deeply interconnected.

Drawing on extensive archival research, Bak discusses, among other things, the circulation of optical toys, and the wide visibility gained by their appearance as printed templates and textual descriptions in periodicals; expanding conceptions of literacy, which came to include visual acuity; and how optical play allowed children to exercise a sense of visual mastery. She examines optical toys alongside related visual technologies including chromolithography—which inspired both chromatic delight and chromophobia. Finally, considering the contemporary use of optical toys in advertising, education, and art, Bak analyzes the endurance of nineteenth-century visual paradigms.