Animatograph! How Cinema Was Born in Haringey

Bruce Castle Museum presents an exhibition dedicated to British film pioneer Robert W. Paul, who founded an innovative studio on Muswell Hill in the late 19th century. Celebrating Paul’s 150th anniversary, the show includes fascinating early cinema technology, historical photographs and a look into Paul’s early popular films, many of which were made in Haringey and which set the template for the earliest film genres.

The exhibition is curated by Domitor Vice-President Ian Christie, noted Birkbeck, University of London film scholar and broadcaster, and will travel to other venues later in the year. As part of the exhibition, visitors will also find the graphic novel ‘Time Traveller: Robert Paul and the Invention of Cinema’, by Christie and the artists ILYA (see below).

As an introduction or extension to the exhibition, listen to the lecture Professor Ian Christie presented at the Museum of London on February 25, 2019, entitled “Taking London to the World: Robert Paul Shows his Native City in Motion“ 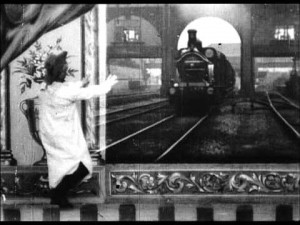 The Countryman’s First Sight of the Animated Pictures (Paul, 1901)

The exhibition will open its second run at the London Metropolitan Archives (Clerkenwell, 14 September-12 October 2019) 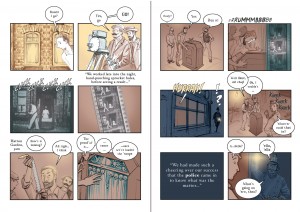